How Not to Sell Vibrators

A few days ago, I received a Carol Wright Gifts catalog in the mail.  If you’re not familiar with them, they are one of the many Random Occasionally Useful Crap companies that sell everything from dog shoes to paisley-framed reading glasses to novelty kitchen gadgets.  And I admit that, when I receive these publications, I flip through them before placing them in the recycle bin because once in a great while there is something that actually interests me.

In this case, it was Fleece-Lined Leggings.  I’m very sad that I can’t in good conscience order those.  Because they sound super comfy and ideal for working-at-home winter days.  But I will not give Carol Wright a dime of my money until they change one very important thing.

The leggings were on the first page of this seemingly innocuous gift catalog and, encouraged, I continued flipping pages.  The Removable Instant Eyebrows on page 7 were definitely pause-worthy.  But it was pages 20 & 21 that made me stop dead in my flipping tracks.

For there, photographed in all their intricately-detailed plastic glory, were two pages of what Carol Wright euphemistically refers to as “marital aids”.  Further along, pages 44 & 45 showed more of the same.

Four pages of sex toys.  In the Carol Wright catalog.  Most of which are, for some reason, really obnoxious shades of purple.  Shades of purple I wouldn’t buy underwear in even knowing it would remain safely outside my bits.  But I digress.

I am not the first person to question this.  A bit of Internet pokearounding revealed comments & complaints dating back to 2009, many on Mom-centric forums to warn people that the Carol Wright catalog is something you shouldn’t let your kids get hold of.  On the Carol Wright Facebook page, there are complaints from two different people dating back to June 2013, stating quite emphatically that having sex toys in mass-mailed catalogs is simply not okay.

Carol Wright’s reply to these comments was instructions on how to remove yourself from their mailing list.  Other commenters stated that people need to calm down and not be so easily offended, and if you don’t want your kids looking at this stuff, put the catalog where they can’t see it.

Here is the problem with both of those responses: There is ABSOLUTELY NOTHING on the cover of the Carol Wright catalog that indicates IN ANY WAY that there is Adult Only content to be found therein.

So how do you know, until your 8-year-old wanders into the kitchen while you’re fixing macaroni & cheese and asks if she can have the bright pink plastic toy with the little balloons on the end because it would make a cool slide for her Barbie playground, that you need to keep this catalog out of reach of your children?

I don’t have any problem with these products.  Well, okay, I have a problem with some really questionable color choices, but that’s another topic for another time.  The products themselves do not bother me.  I don’t even have a problem with Carol Wright selling them.  There are a lot of people who might want to buy them without having to go through a more traditional source for such items, and if adding the UltraPleasureVibe 2000 to your order of accent curtains and slipper socks makes you feel less guilty/pervy/sinful/whatever than placing an order at hawtsextoysnshit.com would, I can respect that and you should have that option.

But there has to be disclosure.  There has to be an Adult Content Advisory ON THE COVER of the catalog, so you know as soon as you take it out of your mailbox that it needs to be put on a higher shelf than the rest of the junk mail.  And on the Carol Wright website, you should have to stop and answer whether or not you’re 18+ before clicking through to these products.

Movies have ratings so you don’t inadvertently take your kids to see things you don’t want them watching.  Music is required to have the same type of disclosure right on the label.  It is utterly ridiculous that catalogs and mail order sites are not legally required to do the same when they carry products that are quite clearly intended for adults only.

So, Carol Wright, if you’re reading this, you know why I’m not ordering the fleece-lined leggings from you, even if you do claim they’re “hard-to-find” and you might be my only shot at owning them.  Unless I can somehow miraculously find my way to Amazon, Target, NoMoreRack, zappos, eBay, or Bed Bath & Beyond dot coms.  But the minute I see one of these on the cover of your catalogs 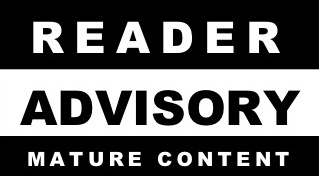 I’ll be back for those Instant Eyebrows.