Adventures in Lockdown: All About That Bake

Our shelter-in-place directive went into effect at midnight on March 16, 2020. Since I am all about the stress-bake, here is a list of the cakes I’ve made since then. 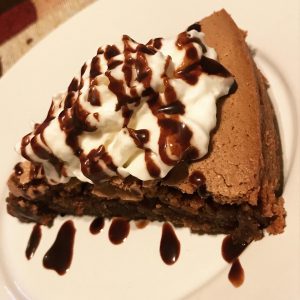 March 23: A vegan gluten-free peanut butter banana chocolate chip cake that actually turned out to be a giant cookie but I wasn’t mad about it because giant cookie (didn’t get a picture of that one but here’s a picture of another similar one I made on March 8) 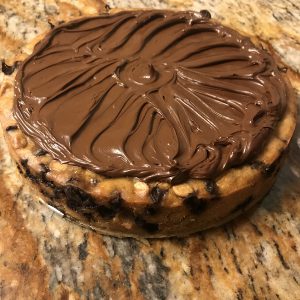 April 2: Black Magic Bundt with extra chocolate and some fancies for Hub’s birthday 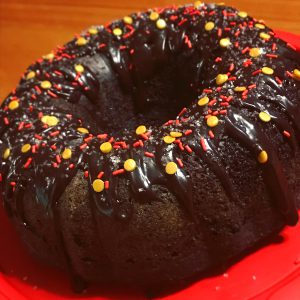 April 11: Gluten-free vegan banana spice Bundt with vanilla bourbon glaze because I had bananas that were about 5 minutes away from gaining sentience 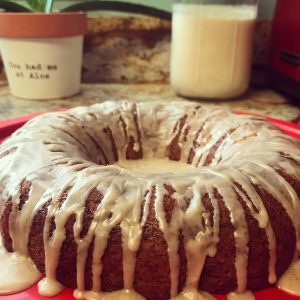 April 16: Vanilla berry cake because I went grocery shopping with my mom and we agreed that we should try to eat more fresh fruit and they had strawberries and raspberries which then sat in my fridge for a week 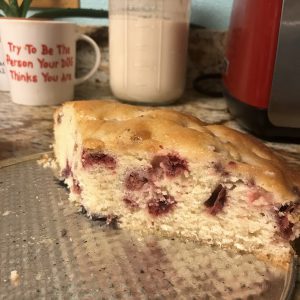 April 23: Vegan chocolate zucchini Bundt with orange glaze because I planned all the meals for the week around the Imperfect box and still had zucchini, and also 2 bananas were about to become liqueur in a peel 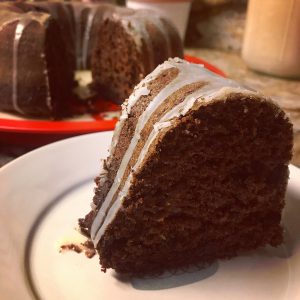 May 7: Gluten-free brown sugar apple cake to use up 3 slightly wrinkly apples and also because it was a particularly terrible day and I really needed the house to smell like baking 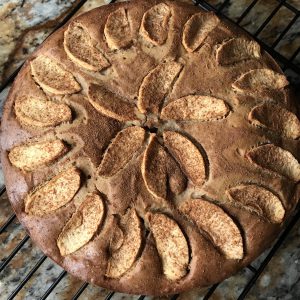 May 14: Matcha blueberry Bundt with lemon matcha glaze because I had some matcha Kit Kats left over from the holidays that I wanted to use up and also because I had a cup of blueberry green tea right before I baked this and that flavor combo was really working for me 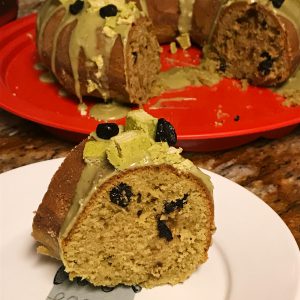 May 21: Vegan banana chocolate cake because it’s seems like the only way we want to eat bananas these days is as dried slices in trail mix or in cake, also used up half a bag of peanut butter chips that were languishing in the cupboard. 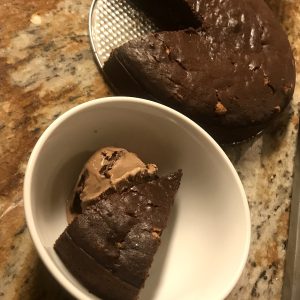 May 30: Sourdough orange Bundt with blue curaçao glaze because the sourdough starter was not okay and neither were the oranges and blue is pretty. 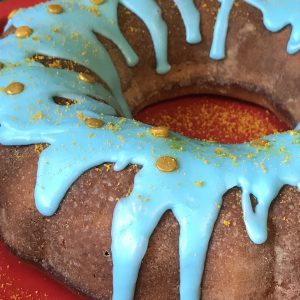 June 6: Vegan chocolate sourdough cake that rose and baked beautifully then inexplicably cratered in the middle two hours later because 2020 and I wasn’t even surprised. 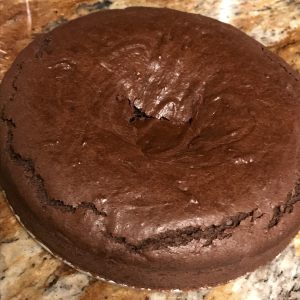 Then it got really hot and I didn’t want to run the oven so I took a break from baking and we became cocktail people for a while instead of cake people. Then it was… 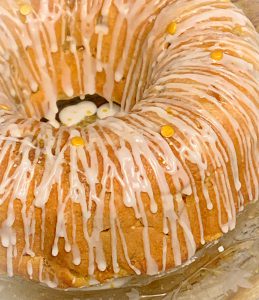 November 23, aka Wolfenoot: A simple one-layer Mexican chocolate cake decorated to look like a very abstract rendering of a full moon. 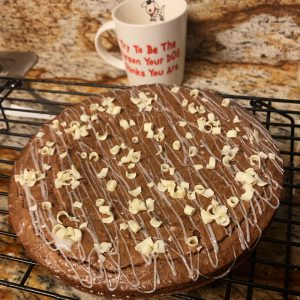 Now it’s December, and we’ve just gone into another lockdown. We will likely be cake people again come January. For December, we are definitely cocktail people again.