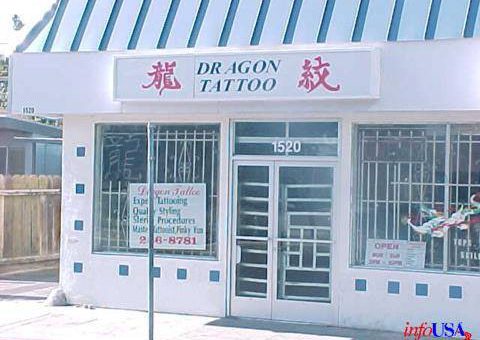 Visible in the photo set I did for my 49th birthday is a small tattoo over my right hipbone. It isn’t new, I got it about 15 years ago. My decision to let it be visible in my photos, however, is new. So for anyone who might want to hear a story, here is the one about that tattoo and why you’ll be seeing it from now on.

Once upon a time…

When I was in my early 20s, I was told I would never be able to have children due to a large amount of scar tissue surrounding my fallopian tubes as a result of a completely asymptomatic infection that went unchecked for the better part of a year. It was just shit timing. I was seeing my doctor and getting my pap tests faithfully every year, I’d had a precancerous cell scare in my teens so those visits were something I took very seriously. One year I went for my regular appointment and everything was fine. The following year I went for my regular appointment and everything was not fine. I’d had no pain, no discomfort, no indication of any kind that anything was amiss, so no reason to see my doctor sooner. By the time I did see her, the damage was done. She referred me to a specialist, and surgery was done to remove the worst of the scar tissue, but at the end of the day, it was determined that I would never be able to conceive because my eggs simply couldn’t get from Point A to Point B.

It took me a very long time to make peace with all of that. I can’t say I’m childless fully by choice, but when the realities of my circumstance were spelled out, and I grasped the physical, mental, emotional, and financial toll attempting to conceive a child would exact, my choice was to accept things as they were. “Unable to conceive” became part of my medical record mostly so that any doctor I saw wouldn’t question why I wasn’t on birth control, and we all went on with our lives.

And then things got interesting

And by “things got interesting” I mean “I almost died and I shouldn’t have even gotten close to dying”.

The “unable to conceive” notation in my chart became problematic when I was 32 and went to see a newer doctor because my period had started almost 2 weeks earlier and hadn’t stopped. She tested me for dozens of things. Cancer screening, every STI under the sun, an ultrasound was scheduled to see if it was endometriosis, she was trying to be as thorough as she could possibly be. Unfortunately, she didn’t run the one test she needed to, which was a pregnancy test. A few days before my ultrasound appointment, I was rushed to the emergency room with a fallopian tube ruptured from being 6 weeks into an ectopic pregnancy. I spent a week in the hospital and, according to the team of doctors overseeing my care, almost died twice.

I went home with a nasty scar, a warning that conceiving again was almost guaranteed to have the same result, a prescription for birth control pills to make sure that didn’t happen, a heart heavy with the knowledge that I had lost a child, and a head spinning from a doctor looking me in the eye and saying “yeah, it’s actually kind of a miracle you’re even still here”.

And then I got angry

It took me a couple of years to process everything that happened in those few weeks from “my period seems weird” to “good job not being dead”. And when I was done processing it as well as I could, I was angry. I was angry at the doctor who didn’t run a test she would immediately have run on any other female patient of the same age presenting the same symptoms. I was angry that she had just accepted a notation in my chart made by someone she had probably never even met, instead of looking at what was right in front of her. I was angry that her unquestioning acceptance of someone else’s diagnosis almost cost me my life.

And I was really angry that my mother had to spend even a second visiting me in the hospital and leaving at night unsure if I would still be there the next morning. I had lost my husband to brain cancer about 2 years before this all happened. We had to see his mother outlive her child. That is a pain I hoped to never see again, and the thought of my mother having to experience it firsthand was even worse than the thought of actually dying. Much as that would have sucked, my pain would have been brief. Hers would have lasted the rest of her life.

So yeah. I was seriously pissed off once I thought that all through.

So then I decided to get a tattoo

I wanted a reminder. I wanted something I could look at every day and have it say to me what the doctor had said, that it was kind of a miracle I was still here. I wanted a tribute to the child I had lost. And I wanted to remember my anger in a way that would help me stand up for myself in the future. So I decided on Tinker Bell. Not so much the Disneyfied version as the version in the book I had read as a child, the feisty bitchy one described as so small she could only feel one emotion at a time, so whatever she was at any given moment, she was entirely that.

And then I dealt a misogynistic asshole

At the time all this was going on, I still had an office job, and one of our clients was a tattoo artist. In the spirit of business helping business, I called him first. He said I should come in the following Saturday at noon.

I had a friend drive me there, since I knew after getting a tattoo over my hip bone I wouldn’t want to sit up straight to drive myself home. When we got to the shop, it was completely empty except for the artist, male, and two of his friends, also male. I introduced myself, since we’d only ever communicated by phone. The response was “oh, yeah”. He then proceeded to tell me how great he was and how few artists of his caliber there were. I let him talk for a few minutes, mostly addressing his friends and the male friend I had brought with me, then steered the conversation back to why I was there. He asked if I had any idea what I wanted. I said yes and showed him the drawing I had brought with me of exactly what I wanted, to scale and down to the last detail. He sneered and said “oooh, Tinker Bell” and he and his buddies had a little chuckle. He then said he could schedule me for two weeks later. I didn’t even bother asking why he had said to come in that day at noon if he didn’t have an appointment available that day at noon, I just said “okay, thanks” and walked out.

My friend asked what I wanted to do. And I said “I want to get a tattoo, and that’s what I’m doing”.

So then I went where I should have gone first

I’d met Pinky Yun on a few occasions, he’d done a coverup on my first tattoo (both now being removed, two other stories for other times) and had seen countless other pieces of his work. Aside from being something of a legend in the tattoo world, he was a sweet man with genuine respect for the fact that his art wasn’t just about him, and his wife was an absolute riot (ask me about the time she tried to give me her car). Fortunately, his shop was only a few minutes away. Equally fortunately, we got there just before they opened for the day and were the first ones in the door. He didn’t take appointments, it was strictly first come first served, and that meant me. I showed him my drawing and he smiled, nodded, and said “yes, a fairy”, and I felt completely understood. He couldn’t and didn’t have to know everything it meant to me, but he understood that it did mean something to me and that was what mattered.

An hour later, I was on my way home with this directly over the part of my body that had almost killed me. 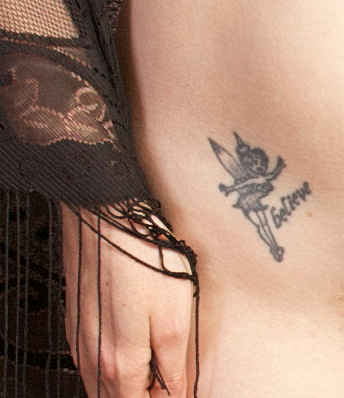 So why am I coming out with this now?

If you’ve read this far, you’ve probably figured out by now that this is one of my most personal and most painful stories. I’ve been modeling on and off since 1988, mostly doing artistic nudes and figure studies, but when I started this site in 2007, my original vision was a more traditional pinup aesthetic. Aside from feeling that any tattoo was not in keeping with that, I didn’t think a tattoo with a long and painful story behind it fit in with this fun playful new chapter of my work. So I started editing it out of any photos where it wasn’t covered.

I tried to build and maintain a divide between my real life and my art. My alter ego didn’t have my history, she hadn’t had crappy things happen to her, she was only the good strong pretty parts and the rest had nothing to do with her.

Except that doesn’t work. Because everything has everything to do with everything. The older I get, the better I understand that. So my gift to myself for my 49th birthday is the promise to embrace that. And small and silly though it may sound, for me that begins with showing a very personal tattoo in my photos. When I first planned my birthday shoot for this year, I anticipated Bell would show a lot more than she ultimately did due to a last-minute change of wardrobe plan, but if you look closely, you may spot her. And if you don’t in this set, don’t worry, you’ll be seeing a lot more of her from now on.

Happy Birthday to me.