People who don’t need your support on Mother’s Day 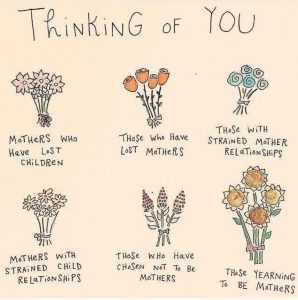 and as I do every year, I have a huge problem with it because one of these things is not like the others. So I fixed it.

5 of these groups have difficulty on Mother’s Day because their personal relationship with the reality of motherhood is troubled, and for good reasons.

There are a lot of people who need a little extra support today. Women who have made the conscious decision to exclude themselves from this particular celebration are not those people.